The Braves of BRITANNIA vol.30
(Itch’s journal #1) Today, they are meeting up at the entracne of a dungeon

itch is scared because there are many PKs at the entrance of a dungeon.

“itch sorry, its us”
“ITCHY STOP OR I WILL CUT YOU APART”
“Noooo leave me allooooneeeee”

Once he panics, he can’t even hit ALLNAMEs.

The Braves of BRITANNIA vol.31
(Penchan’s journal #1) When Penchan was starting out, Yoich took her to a dungeon.

“Penchan I heard you learned EnergyBolt? But today, you don’t have to use it. Just heal me, okay?”

Tacky was worried that Penchan will misfire again.

“Because I told Penchan a lot, she is quiet today…” “C Co Corp..” That’s too much Penchan

Alice’s Journal #1 In the middle of town one day…

An ingot. Made from mining and smelting with a lot of hard work.

Alice: “You should be a little more careful about your backpack.”

Her stealing skills are unsurpassed.

Alice: “Good, good. Here, I have some ingots for you.”

(Random guy: “Aaagh! I worked for three weeks to mine those ingots!”)

It wasn’t like the ingots were dirty or anything, but Tao couldn’t quite convince herself of that.

Axedoor’s Journal #6 To make some money, Axedoor went to hunt in the forest, but…

“Hey you! Stop harassing that animal!”

“Don’t you feel sorry for it?”

Axedoor: (Gah…more wierd foreigners) “But… if I don’t, how will I make any money?”

“You’re doing it just because you want money?!”

“Shut up! Don’t do such cruel things!”

Axedoor couldn’t really puzzle out what had happened.

Axedoor #7 For three weeks, Axedoor did good deeds and worked on fame…

Axedoor: “Wow…that took forever, but now I finally have the shield I always wanted!”

…and finally had her Virtue Shield in hand.

However, there were two types of Virtue Shields…

…and they are set up to be enemies of one another.

So, for example, if you’re just in the middle of town…

You can be attacked, or even killed…

“What the hell? She’s got nothing worthwhile…”

…without even saying a word.

Axedoor #8 Even with what happened that day…

Axedoor: “I’ll just stick this in my pack without wearing it…at least it’ll be fun to look at.”

Alice: “I stole something cool!”

Axedoor: *sniff* “Someone stole my shield!”

Alice’s Journal #3 When you make a living as a thief, like Alice…

“You’re right! She robbed me too!”

…some people start to hold a grudge.

“Woah, she had a nice sword. I’ll just be taking this.”

“Uuurrgh… ow ow ow…” But regardless, even the difficult lifestyle of a thief is a possibility in Ultima Online.

Alice’s Journal #4 Before she steals from someone, Alice usually says the same thing…

…and usually gets the same sort of reply.

…gets soft only when she hears such loving words.

Alice’s Journal #5 Alice: “He must be laying a trapped chest. Hrm… does anyone actually fall for that trick anymore?” Alice: “Huh? He left! Maybe I’m wrong after all.” Even though she knew it all along, she still opened it.

Trapped boxes have that kind of dangerous charm to them.

Itch #2 When Itch was a young mage…

…he worked on magery by practicing animal summoning.

“Hey you. Think you can summon a horse for me?”

“Stop being so half assed! Can’t you even summon a single horse?”

“Damnit, I can’t ask you for anything! Just forget it.

Foreigners can sometimes be kind of harsh.

Yoich: “Hey Itch. Wanna go to a dungeo- what the hell are you doing?”

Itch’s Journal #3 When Itch was a young mage, he finally learned how to cast a moongate…

…but he generally wasn’t succesful.

“Hey, can you open a moongate to a dungeon for us?”

“If we walked this woulda been faster.”

They really can be pretty harsh.

Yoich: “Hey Itch. Wanna go to a dungeon now-… are you still crying?!”

Yanagi’s Journal #1 *BANG!* Stretched out on the ground, surrounded by bread…

“Mr Yanagi? Would you like to join our guild?”

“I am Terry. And thissss… is Duffin.”

(Robin writing at his desk.)

Yuck. A long time ago, these wierd foreigners kept stalking me like this on the road. I thought I was gunna get sick and pass out for almost an hour. Er, well anyway…

…came up with an idea for her guild.

Just to see their happy faces, she worked long and hard…

…and eventually made the money necessary to buy a boat deed for her guild too.

Itch: “Your boat deed was stolen?!” (What was she doing carrying a deed around?)

Zabby’s Journal #2 “Man, Zabby really wanted to give us a ride in her boat, huh?”

“Isn’t the ocean a long way away?”

Mistaking it for the ocean, Zabby had placed the boat in a pond.

Once a boat is placed like this there’s now way to get it out, either.

Yoich’s Journal #8 Because of this comic…

A swarm of hell hounds had been following Yoich, and the party was almost completely annihilated.

Alice: “Stealing skill maxed. Can I finally do it?”

Alice: “Now!” Alice: “I’ll steal… from a dragon!” Alice decided that first of all…

…she would come up with a better strategy. 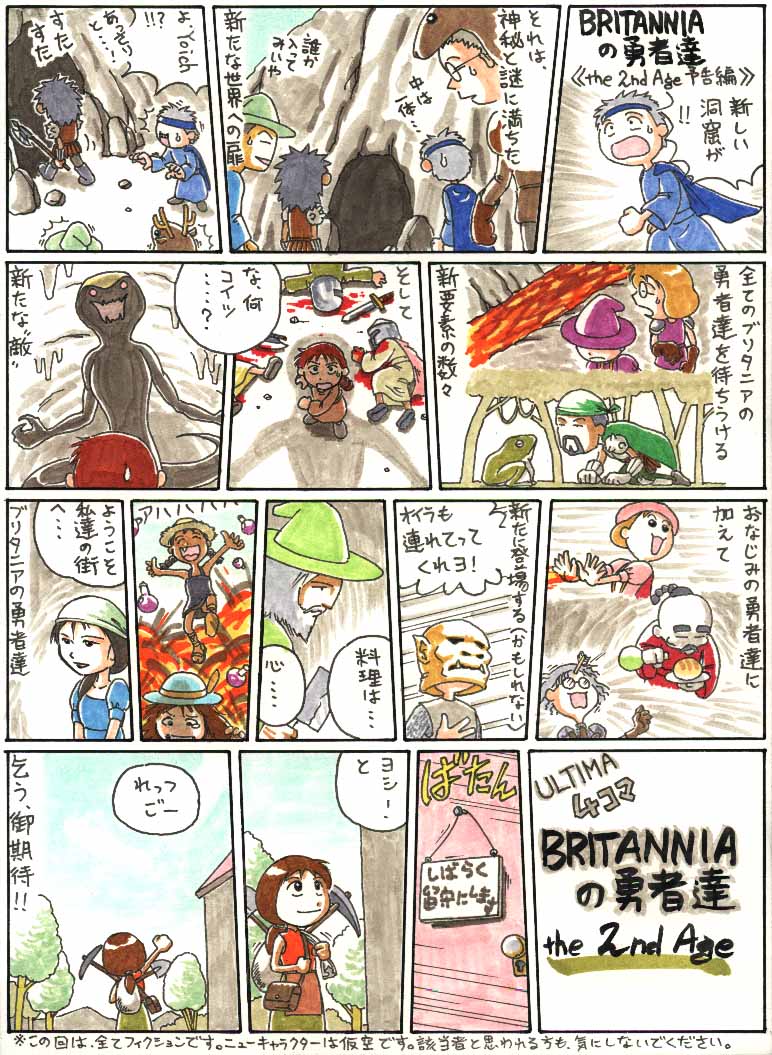 Itch: “What on earth’s inside?”

A passage to a new land…

And then… New things awaited each of them.

Uncountable new situations and experiences.
“Welcome to our town.”

The Braves of Britannia…

“Weeehahahaha!” “Food is… a heart…” …new friends will take the stage. (Well, maybe.)

Similar those added to the Braves of Britannia…
Tao: “Let’s GO!”

Look forward to it! 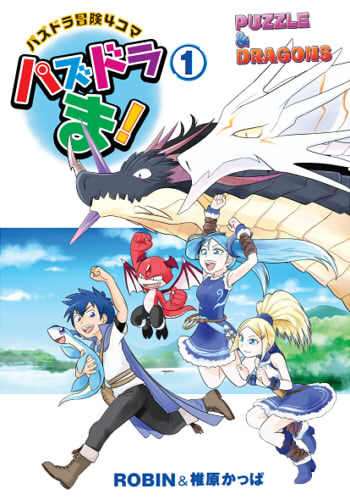 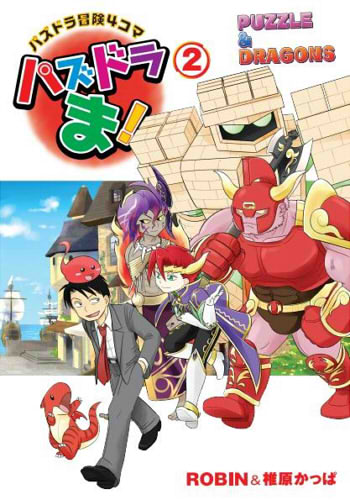 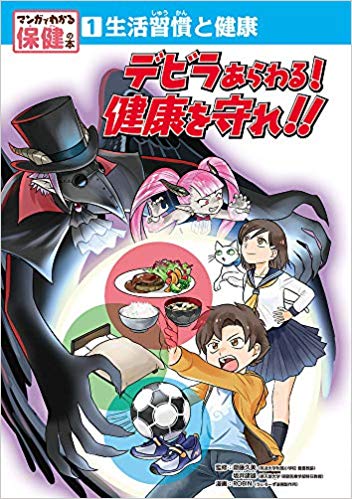 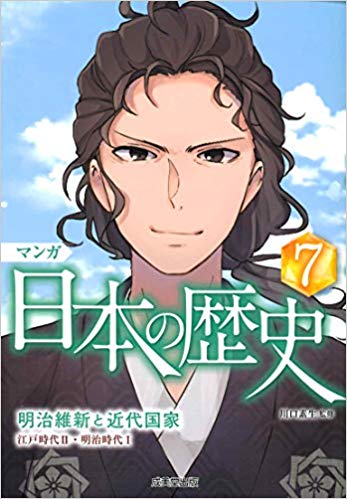 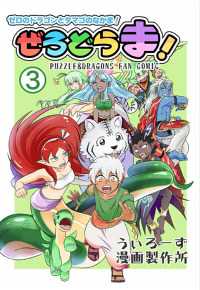 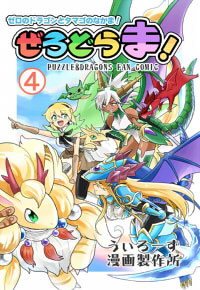 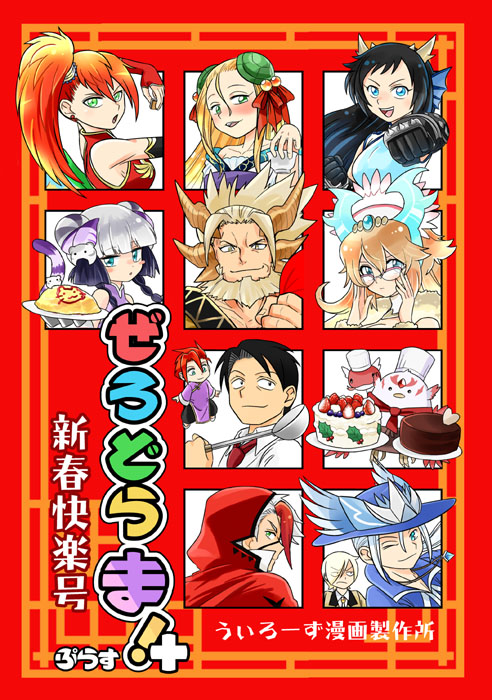 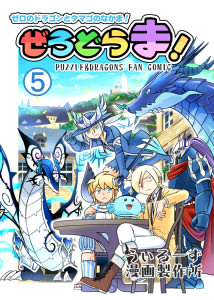